A report published by Reuters Institute for Journalism Research has highlighted how consumer practices are beginning to undermine traditional business models.

Based on a YouGov survey of around 50,000 people across 26 countries, including 2,000 Britons, Reuters Institute has published 4 annual reports previously. This year’s report however recognises “a second wave of disruption” to news organisations across the world, with “potentially profound consequences both for publishers and the future of news production”.

The report also claims that 51% of people who have online access are using social media as a source of news, with around one in ten (12%) describing it as their main source.

With social media growing in use, traditional news organisations need to find new business models to survive online. The report finds that overall, the majority of consumers are still reluctant to pay for general news online. This trend is especially dominant in English speaking countries, where on average, only 9% are willing to pay. 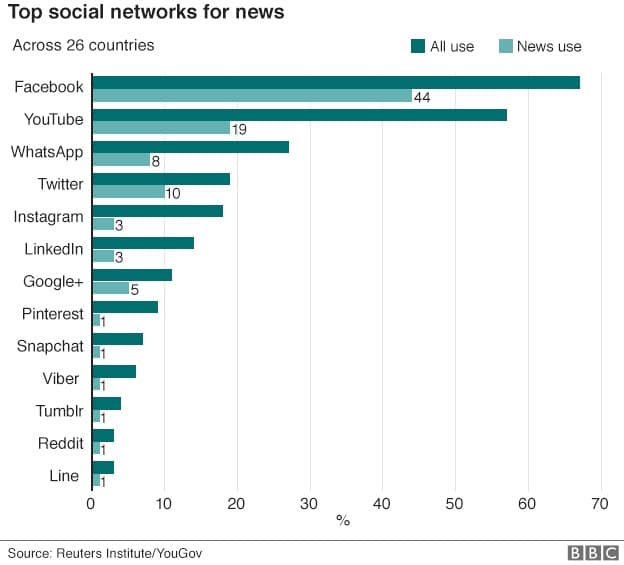